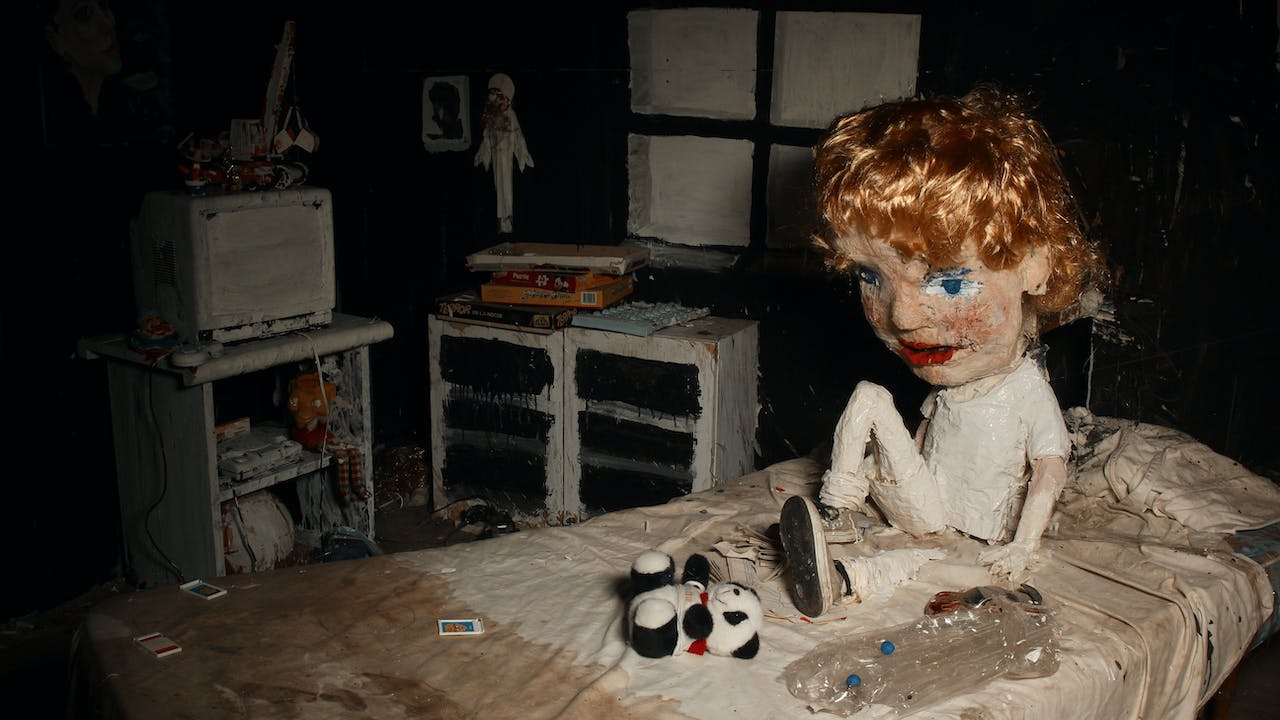 The Wolf House at KimStim

Combing stop-motion techniques, painting and photography, this exquisitely handcrafted animation feature tells the story of a girl who escapes a cult colony of religious fanatics during Chile’s darkest years under Pinochet.

Maria, a girl finds refuge in a house in the south of Chile after escaping from a sect of German religious fanatics. She is welcomed into the home by two pigs, the only inhabitants of the place. Like in a dream, the universe of the house reacts to Maria’s feelings. The animals transform slowly into humans and the house becomes a nightmarish world. Inspired by the actual case of Colonia Dignidad, “The Wolf House” masquerades as an animated fairy tale produced by the leader of the sect in order to indoctrinate its followers.