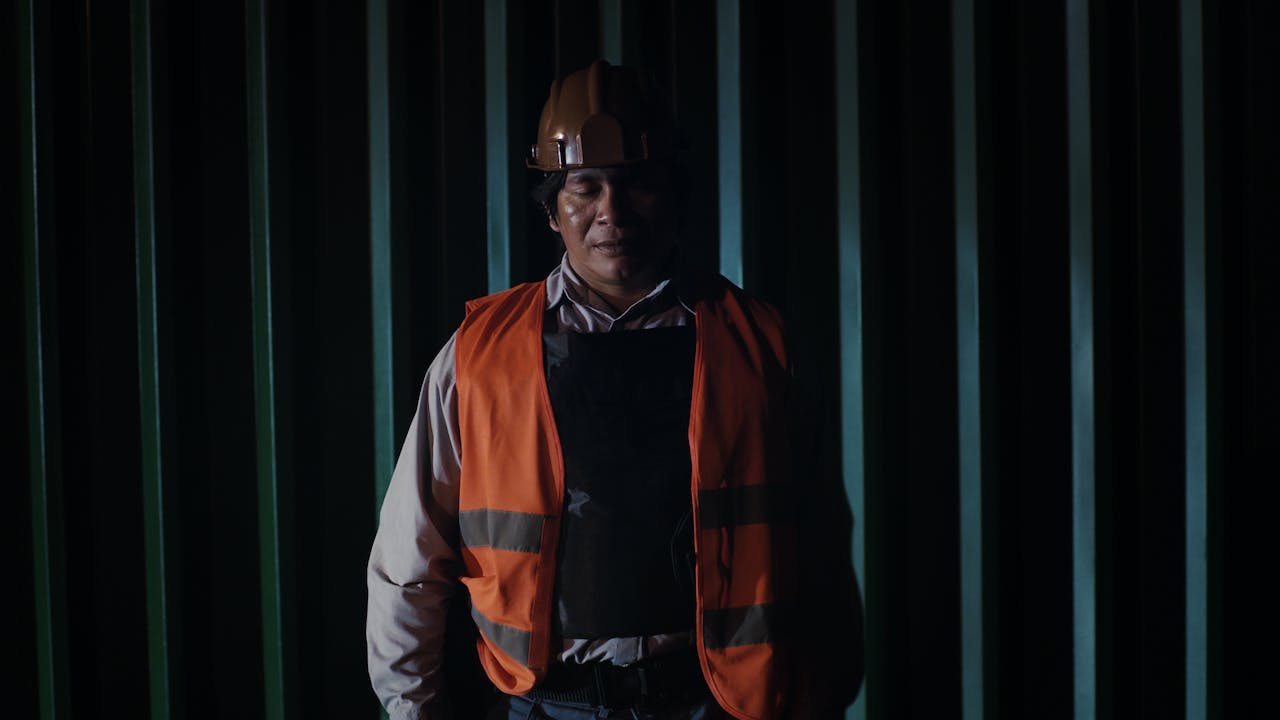 A film by Maya Da-Rin

Manaus is an industrial city surrounded by the Amazon rainforest. Justino, a 45 years old member of the indigenous Desana people, works as a security guard at the cargo port. Since the death of his wife, his main company is his youngest daughter with whom he lives in a house on the outskirts of town. Nurse at a health clinic, Vanessa is accepted to study medicine in Brasilia and will need to be leaving soon.
As the days go by, Justino is overcome by a strong fever. During the day, he fights to stay awake at work. During the night, a mysterious creature follows his footsteps. But soon the tedious routine of the harbor is broken by the arrival of a new guard. Meanwhile, his brother’s visit makes Justino remember the life in the forest, from where he left twenty years ago. Between the oppression of the city and the distance of his native village in the forest, Justino can no longer endure an existence without place.

“This is an entrancing film, orphaned by an unspeakable longing for a place–a whole world–that will never return.”
—The Film Stage

“The Fever is a quiet epic, a story of resilience… It encapsulates its zeitgeist in a way few other films this year could aspire to, but never once feels preachy, never once abandons its lyricism for polemics.” —The Film Stage

“Rin avoids the simple or straightforward ethnographic gaze of an outsider by illuminating the community’s traditions and ancestry obliquely, rather than casting an actor to perform the character.” —BFI

“The Fever is essential cinema, demanding empathy and understanding without pity or didacticism, and spotlighting indigenous people with the attention to cultural specifics that few films bother elaborating" —Cinema Scope

“Delicate and dangerous, much like nature itself, The Fever is testament to Maya Da-Rin’s extraordinary ability to dig down deep into the lives of her protagonists (people/characters), listening with interest to what they have to say before transposing it all into images.” —Cineuropa

“The Fever is a timely document about the cultural dangers of progress, and a reminder that our Western ways are not the only possibility.”— ICS