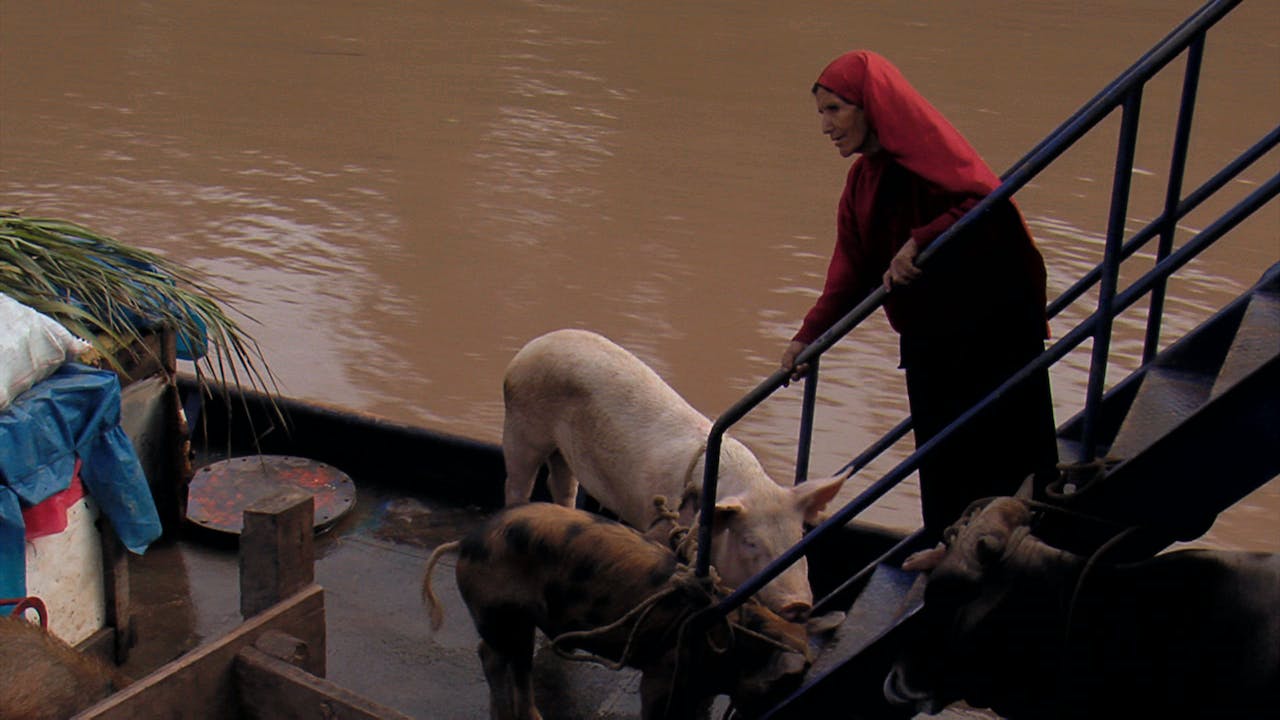 Large boats navigate the Amazon River daily, transporting people, animals and goods. This film portrays one of these trips, starting at the border of Brazil and Colombia to the Peruvian city Iquitos. During two days and three nights, passengers of different nationalities share their impressions of a varied territory which is in constant transformation. Margin reveals the intertwining cultures present in this unique triple border region as time slowly goes by.