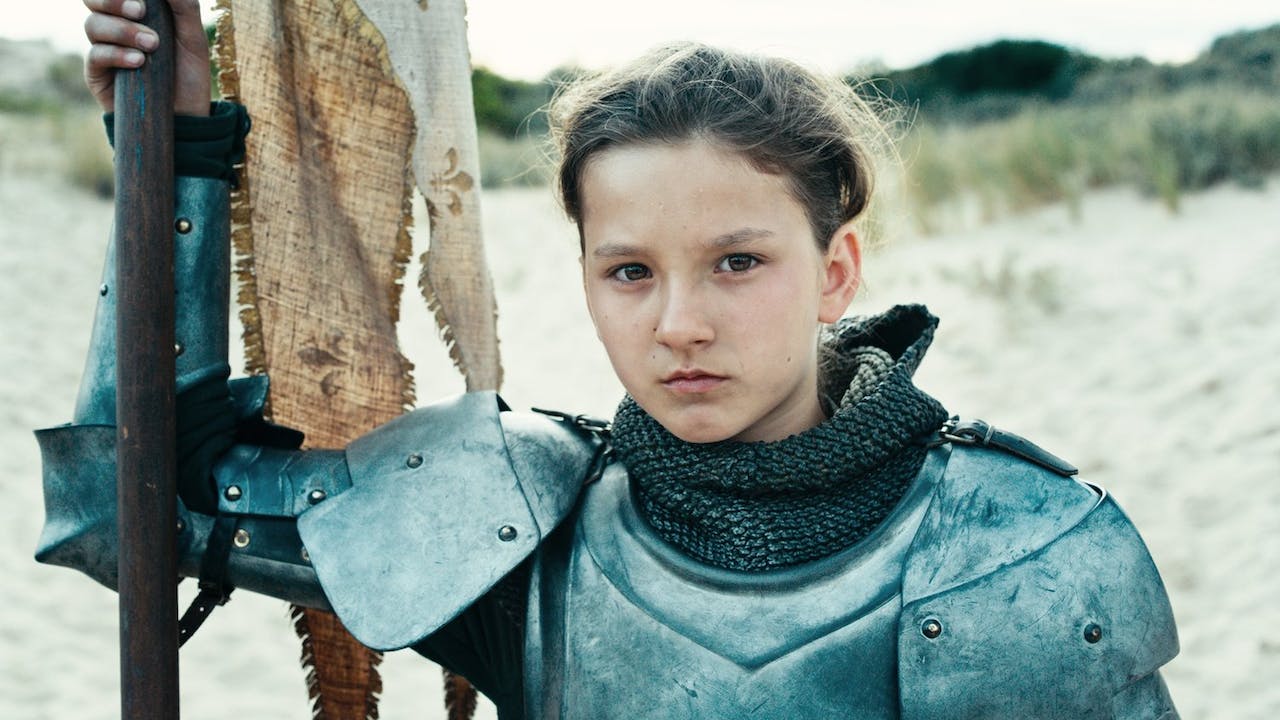 Joan of Arc presented by KimStim

In the 15th century, both France and England stake a blood claim for the French throne. Believing that God had chosen her, the young Joan leads the army of the King of France. When she is captured, the Church sends her for trial on charges of heresy. Refusing to accept the accusations, the graceful Joan of Arc will stay true to her mission.

Bruno Dumont’s decision to work with a ten-year-old actress re-injects this heroine’s timeless cause and ideology with a modernity that highlights both the tragic female condition and the incredible fervor, strength and freedom women show when shackled by societies and archaic virile orders that belittle and alienate them.

"Dumont transforms the tale into a dialectical spectacle..."
—Richard Brody, THE NEW YORKER

" [Joan of Arc] achieves the miraculous feat of poking at the dogmatism of religious institution, while celebrating faith in all its mysterious, obscure powers."
— THE FILM STAGE