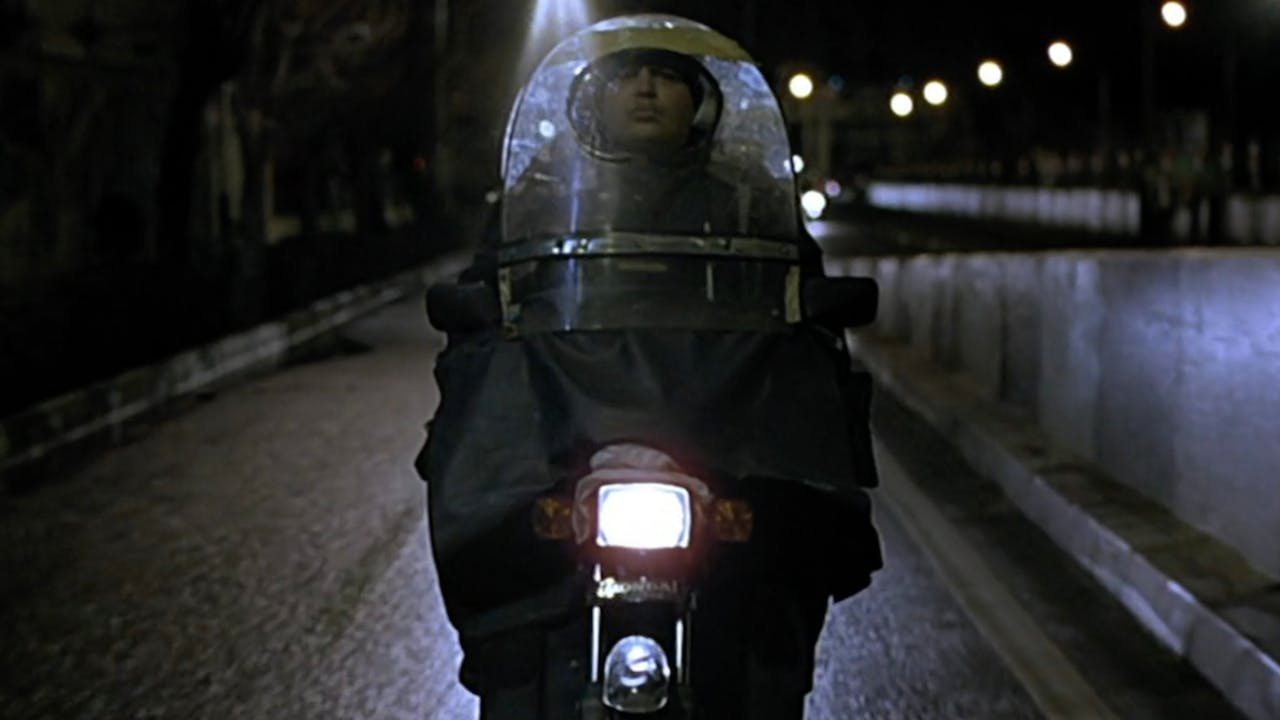 A film by Jafar Panahi
Witten by Abbas Kiarostami

Two master filmmakers, Abba Kiarostami (A Taste of Cherry) and Jafar Panahi (The Circle, Taxi) team up as writer and director, respectively, on Crimson Gold, a subtle tragedy on class conflict in modern Iran.

Hussein (Hossain Emadeddin, a real-life pizza delivery man who has schizophrenia) is a lumbering war veteran swollen by cortisone (for war-induced pain) and reduced to delivering pizzas at night. Through his nightly rounds, he bears witness to the rewards and vanities of the city's wealthy. He is humiliated when a jewelry shop owner won't allow him in his store, and under pressure to get married, Hussein awkwardly aspires to higher ground. When an eccentric socialite gives him a taste of luxury, Hussein can no longer accept his lowly status. Kiarostami based the story on an actual newspaper account of a botched robbery attempt at a Tehranian jewelry store by a desperate pizza deliveryman.

"A flawlessly executed character study." —THE HOLLYWOOD REPORTER
"One of the best films of the year! Something entirely unexpected vividly recalls Hollywood film noir." —LOS ANGELES TIMES
"Haunting...Charged with an enigmatic sense of danger and uncertainty." —THE NEW YORK TIMES
"A most unusual breed of crime thriller." —THE GUARDIAN
"Reminds us of Robert de Niro’s “Travis Bickle” in Taxi Driver." —THE OBSERVER
"Powerful." — NEWSWEEK
"Poetic and precise, witty and profoundly compassionate." — TIME OUT
"Tremendous." —VILLAGE VOICE
"Subversive." — BBC FILMS